Thistle - Ex Ambulance to...... well hopefully something else

trevskoda said:
Iv seen it all now.
Click to expand...

Maybe not!
Roosters headed for the freezer spend their last few weeks in the Dalek 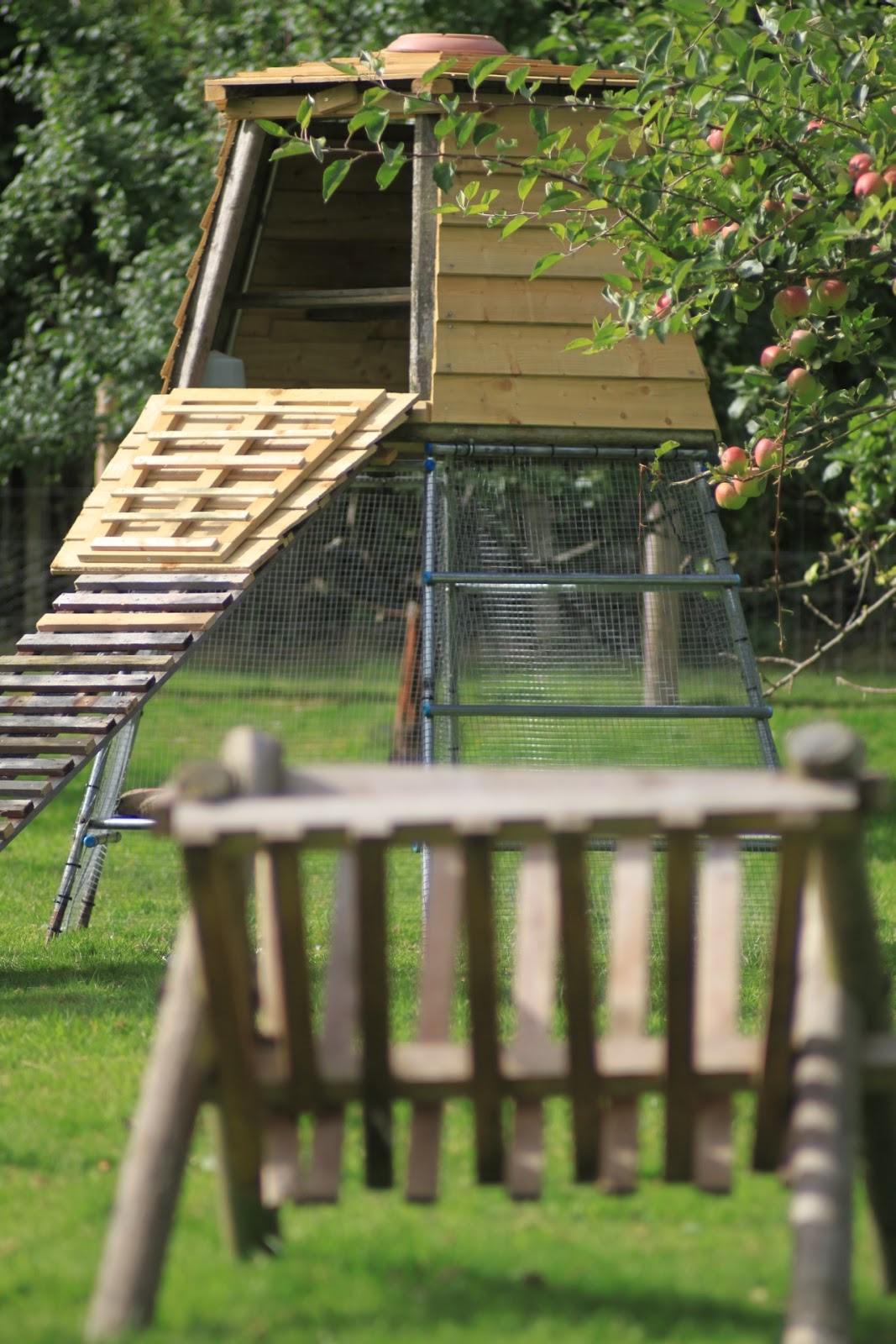 My Bantams are in this, it was once a PolyTunnel 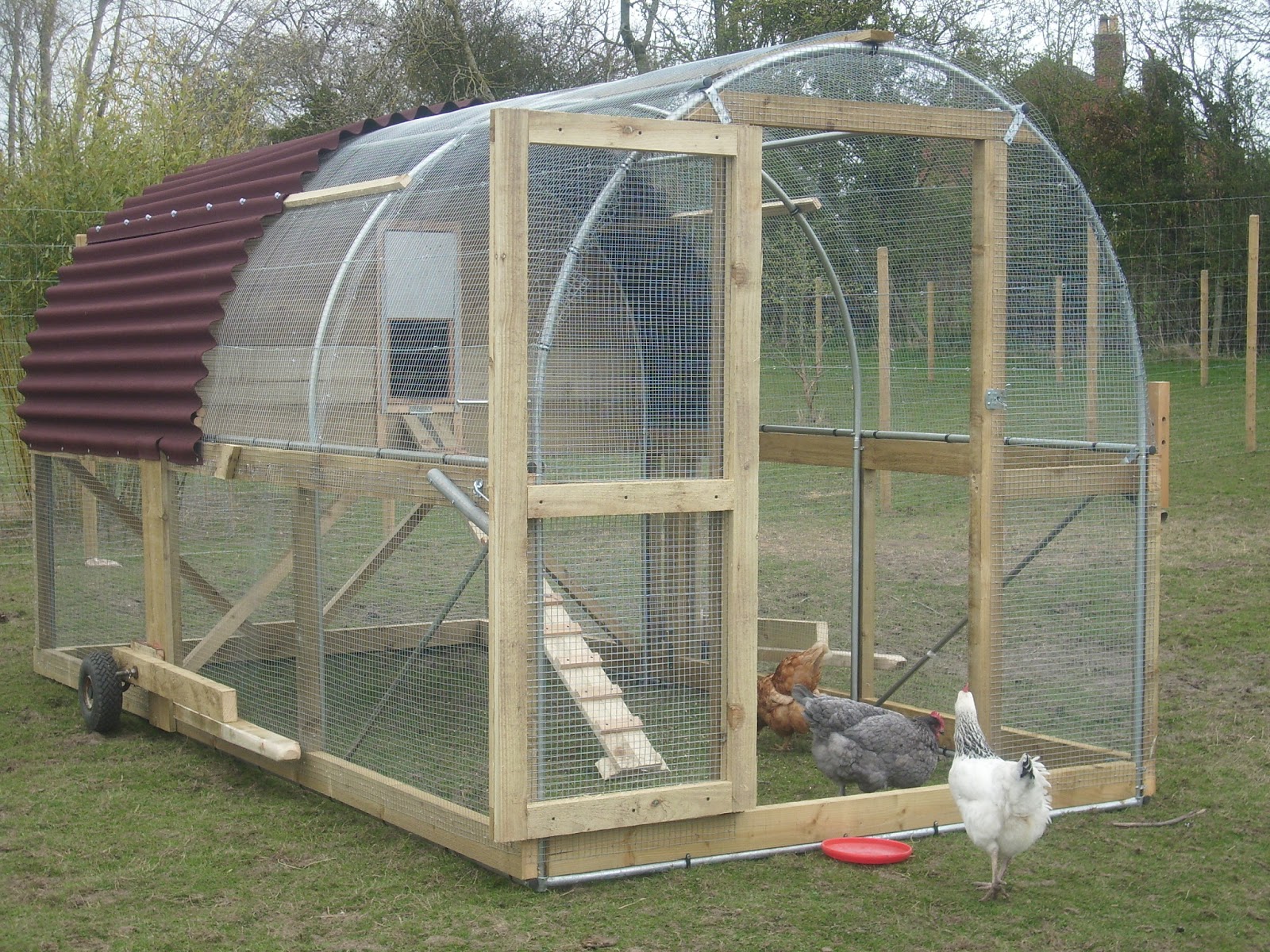 Full Member
I was going to keep chickens once but I knew I couldn't deal with them getting killed by foxes let along killing them myself to eat :

Full Member
Ref taillift. I'm think you were right having to remove it as it eats into your payload so much. Your 250kg estimation is on the low side!

Full Member
Red seat belts again!
After soaking for two days I have Red rather than grubby seat belts..... I am easily pleased

I have also ordered a cruise control retrofit kit which hopefully I can code with my VCDS but otherwise I will be making a visit to Lister's instead to get it done.

Full Member
Post weekend update
Strip out continues although I only had Sunday available last weekend
As a preventative measure I removed some surface rust & applied white hammerite to various areas in the cab especially in the step areas under the plastic trims.
I removed the various lights and other fitting in the ceiling ahead of preparing to remove the overhead lockers next weekend.
We test fitted some chairs we intend to use in the lounge area
I refitted the now, much cleaner, seat belts

Full Member
Jes man dont tell me your a hammerite fan,its total sh-=4nt and when i had a anticorrosive biz you would have been hung by the spoolies for even saying the name,use zink rich two pack epoxy on bright steel.
Just a few of my smaller jobs. 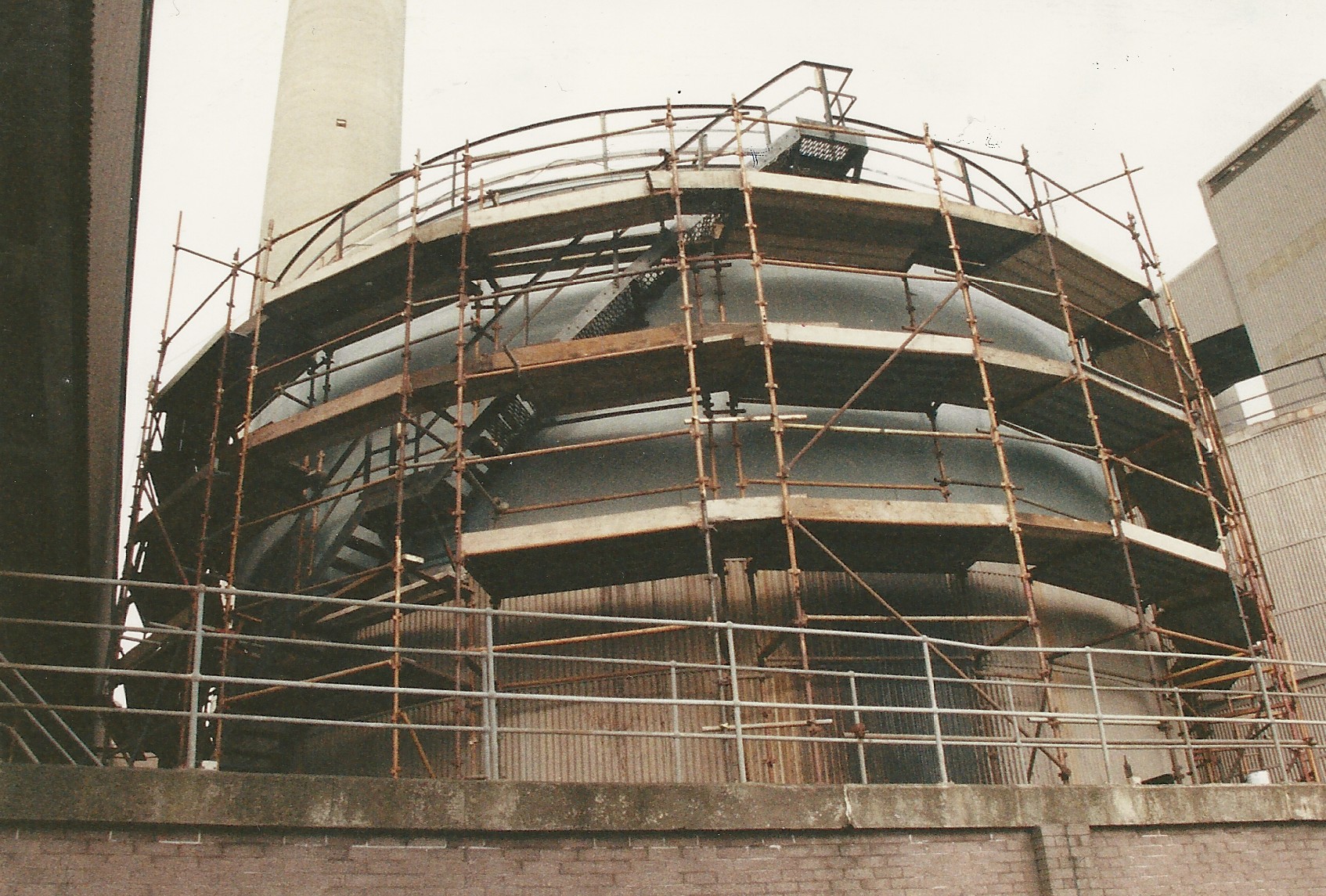 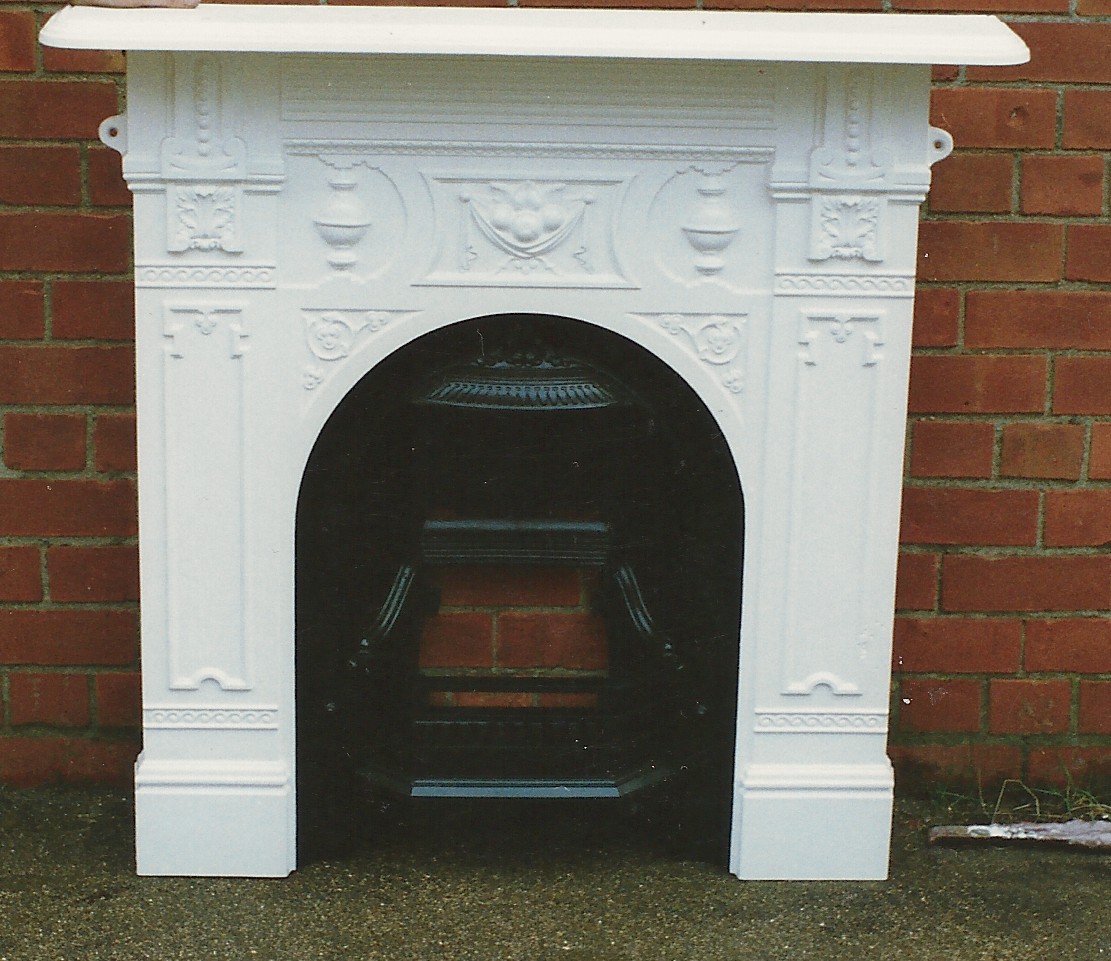 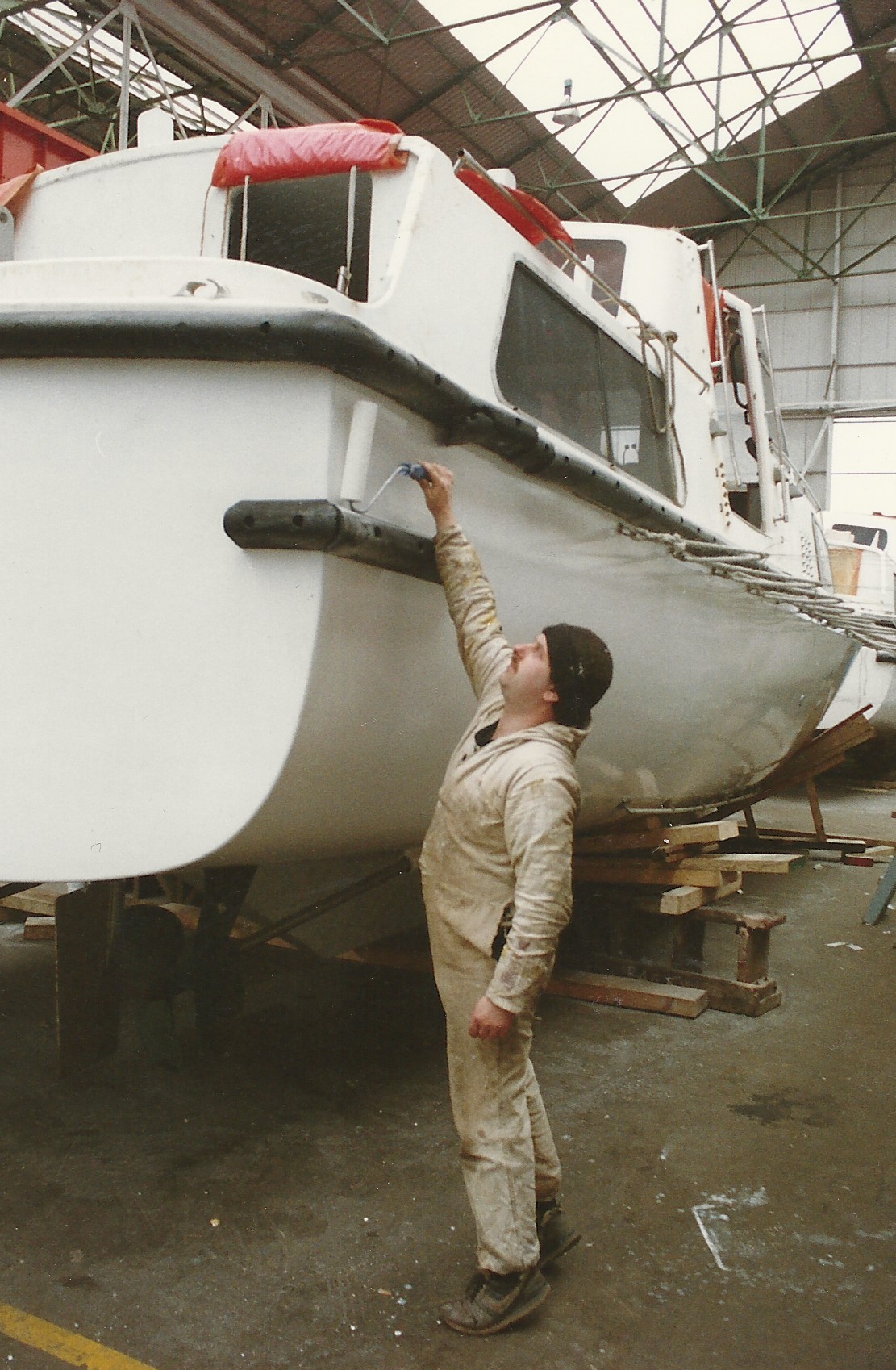 I have several framing & squares like yours always very handy.
I have never tried a Japanese saw however I am impressed by how the Samurai Carpenter on You tube uses his.
For a ten minute bit of de-stressing enjoy this:


Getting things straight in my vans going to be quite easy I may even put it up on stands and get the floor relatively level for starters.

Full Member
From a van perspective not much to report - mostly buying stuff to go at roof level, Uni-strut system, vents, awning mount, TV aerial, Solar PV, cameras, lights etc i.e all the stuff I may need to cut holes for.

I have also bought some acro props and a much needed scaffold tower so I can safely raise the roof of my carport and that exercise begins 8th December and will probably take a week or two weather permitting.

Once I have the van undercover and up on stands I can make a proper start.

Duckato said:
From a van perspective not much to report - mostly buying stuff to go at roof level, Uni-strut system, vents, awning mount, TV aerial, Solar PV, cameras, lights etc i.e all the stuff I may need to cut holes for.

I have also bought some acro props and a much needed scaffold tower so I can safely raise the roof of my carport and that exercise begins 8th December and will probably take a week or two weather permitting.

Once I have the van undercover and up on stands I can make a proper start.
Click to expand...

Not much to report!! Sounds as though you've got things well on the way. Good luck with the roof work, that's the job I like least, but you have the benefit of a blank canvas.

Full Member
It take time to sort a van out if working yourself,a big warm w/shop with lots of tools and money and nothing else to do then things would be faster,esp if you just slept & worked 24/7 in w/shop.

A workshop with a shallow pit that you could drive the van into would be ideal for me, if it made the floors of the van and workshop the same level.

Full Member
Today much fun in the van having a battle with double sided tape, and a note on water Ingres!

Aghhhhhhhhh
Today I started removing the lower pvc paneling to get back to the metal work.
I have encountered the stickiest, grippiest most tenacious form of double sided tape I have ever known, very impressive!
It took a fair while to remove all the plastic but underneath there was more a lot more stuff to investigate

For example behind the paneling originally housing the mains sockets was a large sheet of 5mm aluminium about 4' x 3'
behind that was another sheet of PVC, still with its pink protective coating on, and behind that a 4' x 3' sheet of 1" ply all screwed into 4" x 1" battens & all sandwiched together with more double sided tape.

It was much fun getting it stripped out, fortunately the near side was easier because of the windows

Water Ingres
whilst removing the token efforts of itchy loft insulation they had occasionally lobbed in the side of the van I noticed some water marks
quite a few of the plastic inserts holding on the black side protection mouldings leak some significantly judging by the amount of dirt in there.
No rust though!

So another thing on my to do list will be remove them all and refit with some sealant.
I

Full Member
@Edina
I have not got to the bare roof yet still stripping out the lockers.
One of the downsides (if you can call it that) of doing an Ambulance is a heck of a lot of undoing is involved first.

Duckato said:
@Edina
I have not got to the bare roof yet still stripping out the lockers.
One of the downsides (if you can call it that) of doing an Ambulance is a heck of a lot of undoing is involved first.
Click to expand...

Yes i had to strip out the guts of my bus as the chap i bought it of made a complete bol-x of it glueing and boarding over the factory carpets never mind drilling holes in roof / walls etc,Mr black & decker.

Full Member
Brief update, the modifications to the carport (I am raising it up by 4') are progressing albeit a bit slower than planned.
Unfortunately some of the original corrugated panels are in a pretty poor shape so I need to replace them once I find a local stockist.

Meanwhile I edited a couple of clips of the van today, one from October when I first bought it and one from November when I started stripping it out.

Full Member
I have so greatly enjoyed reading thoroughly through your postings to date most especially your former interest in the MG mark as I own a low mileage, loved and pampered 'F'.

There is one matter I picked up on and which I was happy to read that @trevskoda did as well, namely your use of Hammerite! As you are now the proud owner of what is very widely known as being a superb mechanically van, all bolted together inside something that has a liking to dissolve in front of your eyes....... As such, it might be very worth your while to quite literally flood the lower half insides of all the doors and all internal sills with a decent, high quality treatment as well as the entire underside, of course after cleaning it back first of all.
Whereas in my Land Rover Series and Defender days I always used Waxoyl, these days I use Bilt Hamber which isn't cheap but very very good.

On a totally different matter, as you are such a very highly trained/skilled expert with regards to the black art of electricity, might you be able to give some thought to drawing/writing up some easy to follow wiring diagrams?
I only ask this as in times gone by on the SBMCC forum we were so very fortunate to have an utterly brilliant, but sadly departed member whose name escapes me (he lived in France) who drew up a series of basic wiring diagrams, they were of enormous help to me and quite litereally hundreds of other similarly inept numpties!

Full Member
Yes a wiring dia on basics part block units would help,say one for charging either from smart alt or old type to service batterys,then one on fused layout to usb plugs and lights, heaters toilet etc where folk could work on from to there own van requirements.

Full Member
Hi - I don't know if you've come across the video below. It certainly opened my eyes as to the special challenges posed by converting an ambulance - electrics especially!


(I like his other videos, too. He certainly uses his van.)

Enjoyed reading so far - keep it up.

Full Member
@Millie Master thanks for the pointer to "Bilt Hamber" I have just been reading about some of their products and I suspect I will try some of their Dynax S50 etc.

@Misterg
Yes it was after watching and enjoying his exploits I decided it might not be such a bad idea to get my own Ambulance.
He also has a manic Sprinkles as well and although we now have Corgis I too have had three of those in the past and will have another before my time on this little rock is up!

Fortunately the electrics in mine (well to me anyway) looks a lot less complex than he inherited. Mine is all modular he appears to have a dedicated control chassis and PCBs in his.

I have already removed the crude split charge relay setup from my van and have bought a B2B charger.
I wanted one that had an MPPT as well and I was originally going for the Ctek DS250 but that has a very limited solar capability so I have bought a Ring RSCDC30 instead.

The frame work for my Carport is complete and it now stands at 11' high but I am now on hold awaiting delivery of some replacement corrugated sheets so instead I might spend some time experimenting with various variations of producing hot water via a test rig.

I used to have one for testing Webasto Thermo Tops a few years ago and hopefully I still have most of the bits in the garage loft.... somewhere

I have an Eperspacher D4 under the floor in the van already but I also have a D5W which via a matrix could do both blown air heating plus it can also heat domestic hot water.

That combined with the 30 litre Calorifier I have from a donor Narrow Boat plus being able to use a small solar thermal setup for the sunnier months instead of Diesel quite appeals to me.

However testing any form of solar thermal system at this time of year isn't going to be particularly successful!

I have already removed the crude split charge relay setup from my van and have bought a B2B charger. I wanted one that had an MPPT as well and I was originally going for the Ctek DS250 but that has a very limited solar capability so I have bought a Ring RSCDC30 instead.[/QUOTE said:
I dumped my Sterling B2B because of ongoing faults and have now fitted a Ring RSCDC30 - great unit and easy to set the charging levels for different battery types (I have 2 Trojan T125s)
Click to expand...