Some Dimensions .... (note these are all external, so a vehicle with a longer nose may have less internal living space then one of same length with shorter, and a RWD van will often have a higher floor then a FWD van for example, but as a guideline, should be handy )
Note also that a 4WD van may have a raised floor compared to a FWB model and the internal Floor to Roof is therefore reduced. All things to check before commiting.


Variety of both T1N and NCV3 lengths and heights, and the difference is quite considerable!


LENGTHS
The length differences are quite significant. Large Van makers quote terms like "L1H1", "L3H2", etc to signify the differents in length and height - but one makers L3 is not another makers L3 so using those terms to compare vans is not going to work

A common platform for Motorhome Conversions is the Peugeot Boxer in L3H2 format
Dimensions of current Boxer L3H2 = 5988 Long, 2524 High


I understand that some campsites have a "max 20' " limit for campers/motorhomes, which is just under 6.1M - and that, plus ferry price hikes for >6M vehicles - which probably explains why the L3 Boxer is a popular base rather then the L4 XLWB model at 6363?

so a comparision in pictures ....

The "Default" Motorhome base (I find it useful to know these dimensions as when looking at layouts etc, as it is easier to understand how well they would fit in another van)
Peugeot Boxer -

and in size order of LWB and MWB...

This is refered to as XLWB but is actually the same wheelbase as the LWB, it just has an extended rear body.
There is a super-high top version but I refuse to post a picture as they are too ugly

When looking at the size differences, I can see why the MWB NCV3 is also a popular choice for conversion as it will give the same kind of space as the Boxer

The shorter versions of the bigger vans have been mentioned as options. These offer not much extra in terms of length, but can offer useful extra width and height. So let's check out the differences ....


To Recap, the VW T5 in standard roof version with LWB (there are Mid and High Roof versions of course) -

T1N IN L1H1 format. So SWB Low Roof (in SWB there is just the only roof height option) -

And for people who want the extreme .....

A SWB NCV3 is shorter then a LWB T5

Full Member
For someone considering an LT or an older Sprinter, this plan I did that shows the external ribbing and internal bracing may be useful when planning for Roof Vents 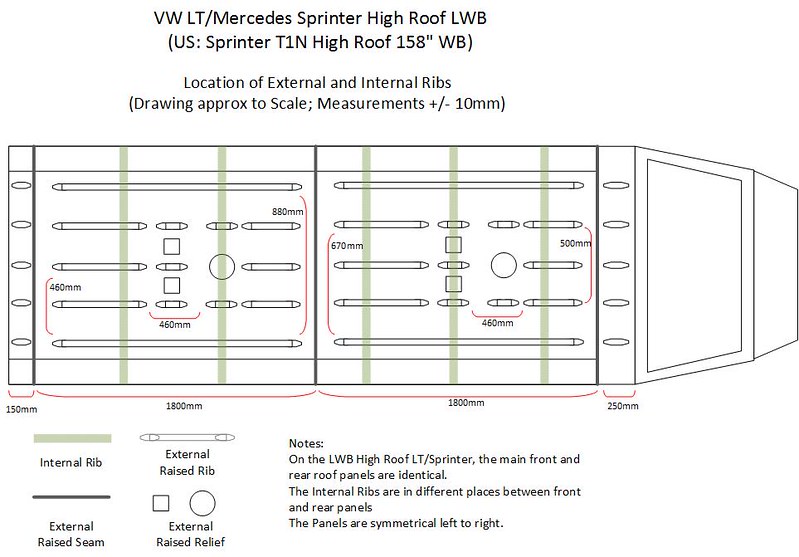 Full Member
Good post and a welcome one saving some folk trotting round the country with a tape in hand,cheers.

Full Member
These are also useful.

Not if you are looking at GERMAN vans!

Maybe create a new thread about Sevel vans and put those links in it?

Full Member
THANKS FOR ALL THIS - Very helpful for new Merc 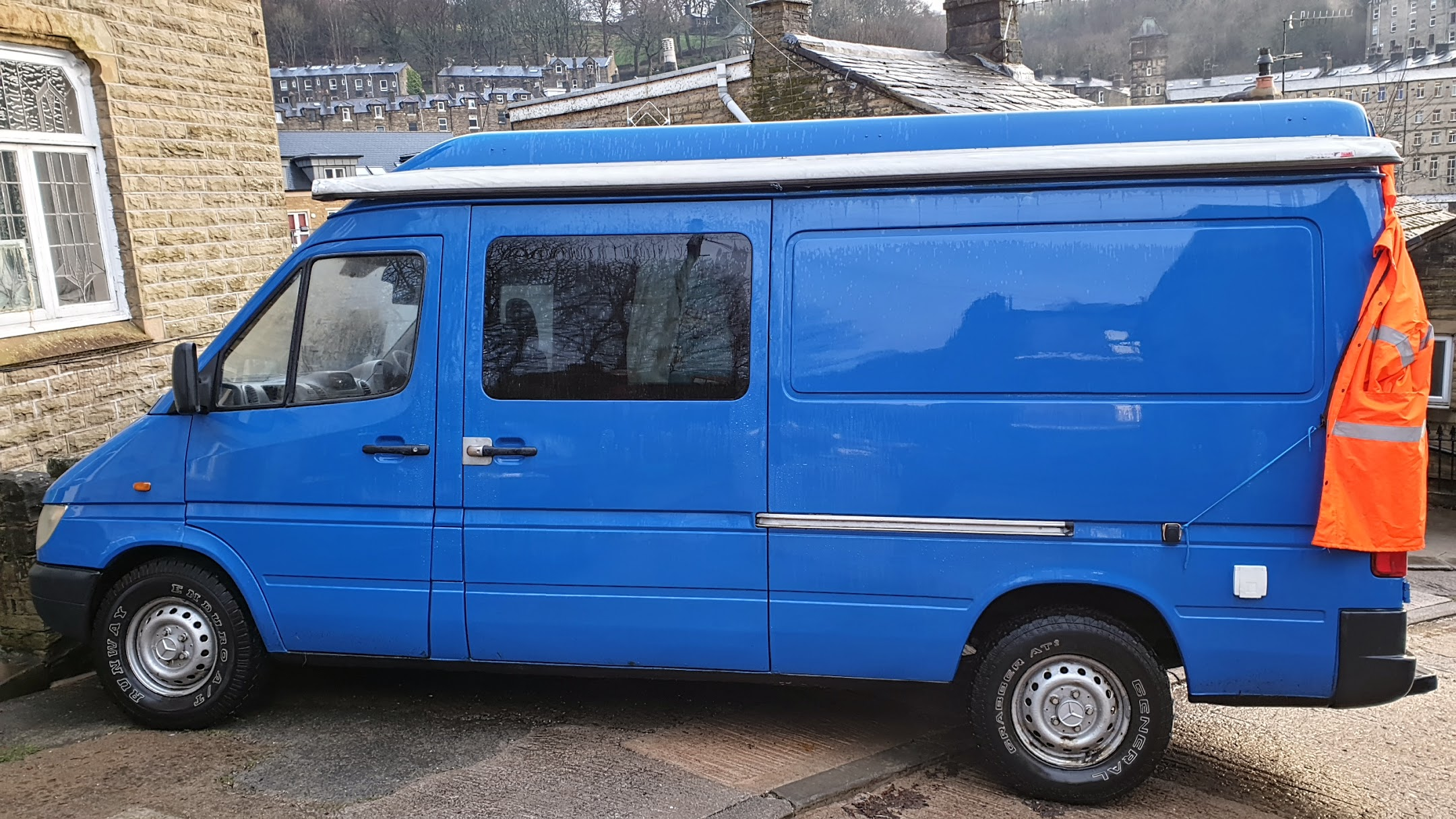