Full Member
Finished my wiring today, still need to tidy things up a little and screw stuff down but everything is tested as working. The wiring on my electrics is a little peculiar because it's an ambulance and it was easier to work around what I already had, and more cost effective. The ambulance came with a 100ah gel battery which read 3v so I assumed was completely dead, but after recharging and capacity testing it actually seems fine, I'm pretty impressed with that, and reading up on gel batteries they seem the most resilient to very low discharge. I've paralleled that with a 110ah AGM which also came with it, and I know it's not the done thing, but I may as well use them until they stop working. Those two batteries power the 12v side, which is all the ambulance controls for lights, fan, diesel heater, water pump etc, charged with a RING RSCDC30 and a 330w solar panel.
Next is a 200ah prismatic cell LiFePo4 battery with 130amp bms to power the inverter. The existing wiring had a relay controlled by a switch inside, I bypassed the switch and ran a + direct from the lithium battery so if the bms switches off due to low voltage it disconnects the relay and turns the inverter off. This gets around the rather large problem of running large loads through a cheap £50 bms and lets me connect the inverter direct to the battery, yet retain the safety features. This is charged by a Sterling 60A b2b charger which only read 48A of charge when I got it up and running today, so not too sure about that, and a EPEVER 40A Triron charge controller with 2 x 330W panels.
A problem I had to overcome was I have battery chargers connected to every battery, so if I plug into hookup the one on the chassis battery will trigger the b2b chargers and start messing everything up. I got around this problem by putting an isolator on the incoming wire from the front, so if I go to a campsite it's just a case of turning this off and everything should charge independently.
It's taken my weeks of working in a really tight space that I cannot get a drill into and been a bit of a nightmare, there's a million wires behind all this you can't see! It was a bit of a stroke of luck the lithium battery fitted in the exact space the communications battery came out of. 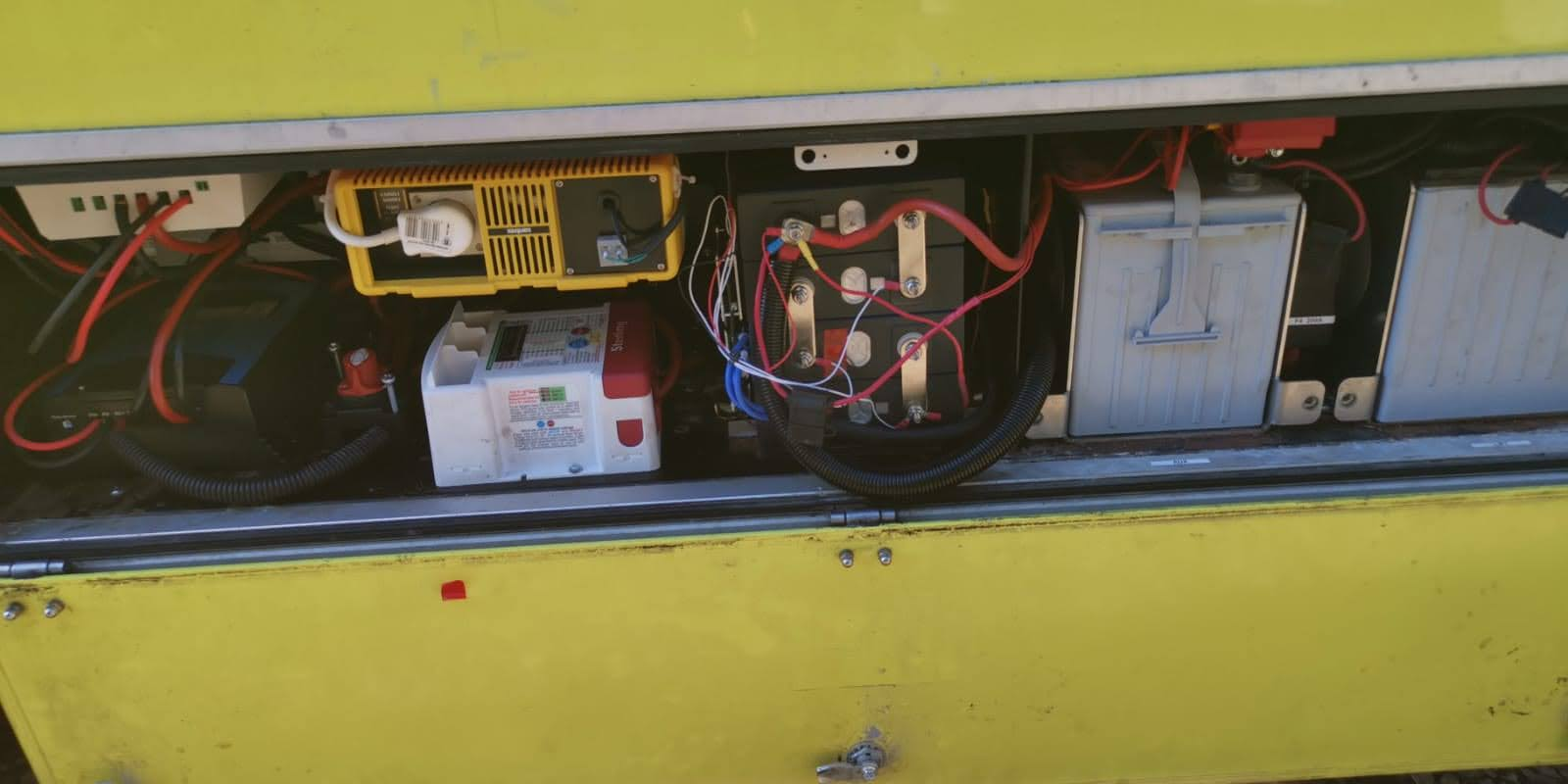 Users who viewed this discussion (Total:23)