Menu
Log in
Register
Install the app
You are using an out of date browser. It may not display this or other websites correctly.
You should upgrade or use an alternative browser.

wildebus said:
I have just added a "Made in Britain"

Category in the shop, so anyone who likes to support UK Manufacturing can spot those products more easily
(Not that many of them listed so far, but hopefully will find more to include as I complete the listings)
Click to expand...

I have wondered if this would help sales. My works has a S post code, and I have wondered if a made in Sheffield badge would be a good or bad thing? I was in a big new supermarket in France, and they made a big thing about where products came from. Nothing English btw.

Full Member
I think it would.
When I speak to people, if the discussion is about B2B chargers, I say about the Ablemails being made in England - and in Manchester specifically if they are from nearby and it invariably creates a verbal nod of approval.
And I reckon there is an increased degree of nationalism (in a positive way, not NF style) so 100% it is a good idea to promote I believe.

FWIW, I am not obsessed with "buy British" but I would actually pay a small premium for local/UK products and I don't think that is unusual.

Full Member
The daft thing is the bulk of our sales are overseas, when we ask why do they buy from so far away they say they like the quality. Maybe quality doesn’t matter in the uk.

SquirrellCook said:
The daft thing is the bulk of our sales are overseas, when we ask why do they buy from so far away they say they like the quality. Maybe quality doesn’t matter in the uk.
Click to expand...

One of the problems we have in the UK is too many people saying that nothing is made in the UK. Nothing is further from the truth and the UKs manufaturing quality is some of the highest in the world.

Motorsport is a good example - it is no coincidence that 8 out of 10 teams are based in the UK (even if some are called "Mercedes" or "Renault"). And Indycars - that weird US Racing series ... cars made in UK and shipped to the US.

I do think saying it is British these days will attract some buyers and at a premium if you are in the right market. Engineering and niche markets are two of those markets. I still think anything to do with steel will benefit from Sheffield, England sticker as would any pottery made around Stoke from a Stoke sticker.

Keep up the good work gents

Full Member
Something that may not be known .... "China", as in the crockery, originated in the UK. It became known as "China" after the Chinese ripped it off and and started selling mass-produced inferior copies (sounds familiar?). For the majority of people, price is king, not quality.

I used to get 'told off' by my boss when I worked in a Service Company, as he regularly reminded me of the phrase "The Best is the Enemy of the Good" when I used to be a bit slow providing something as still improving it - in other words, you don't need to deliver perfection in everything and have to recognise when something is good enough. While I fully agree with that, still find it hard not to make something as good as it can be regardless (hence why for example after I do something like fix a heating pipe under the floorboards, I vaccum underneath before putting the board back. Or removing the EGR from my T4, I fully cleaned it anyway knowing I was not replacing it. Mad.)

Full Member
Just a thought Dave, could you watermark a motor home image into your wildelife picture?

Full Member
I could maybe have a few around where appropriate I suppose.

If you are bored and have 5 minutes to kick around, I have put a blog post up that might explain my thought process?

I guess Wildebus incorporates a bit of my personal interests as well as a business site.

Would it increase traffic/sales if you included boats in the site description. The electrics are not that much different. Just a thought .
Impressed with the site

Edina said:
Would it increase traffic/sales if you included boats in the site description. The electrics are not that much different. Just a thought .
Impressed with the site
Click to expand...

That is an interesting observation (and I do mean that, not just being polite). I have sold quite a few bits and pieces to boat owners in the past and as you say they are very similar in many ways (and for example Onboard Energy is primarily a shop for boaters, not motorhomers).
What holds me back a bit targeting that market is that I do like to be able to back up with practical experience and I have zero in the boating world (last boat I 'drove' was 10 years ago in the Lakes and I managed to run that aground!).

I could add some words about boats and caveat that with a disclaimer maybe?
Last edited: Feb 14, 2021

That is true.
That reminds of an email discussion I had with Victron ref distribution and the chap asked if I had considered focussing on the Marine Trade considering I live right next to the famous River Tweed? I found that qute funny as the only boats you see on the Tweed are little dingys containing a fisherman and a flask, as for the vast majority of the length of it it is so shallow you can walk across from bank to bank and not even get your dangly bits immersed.

Full Member
I would add it Dave, its solutions you are supplying/fitting and I bet your work is a lot better than most small boats/barges have

Full Member
I lost the chat I had open on your shop, what I am after is something like this but for CBE fitting. Was thinking of when/if I wire the element up on my calorifier. I dont suppose there is a problem fitting a fused 3 pin plug on the end and plugging it into the CBE 3 pin socket if it comes to that though. 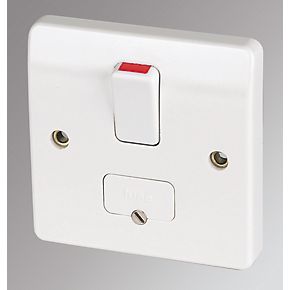 Nabsim said:
I lost the chat I had open on your shop, what I am after is something like this but for CBE fitting. Was thinking of when/if I wire the element up on my calorifier. I dont suppose there is a problem fitting a fused 3 pin plug on the end and plugging it into the CBE 3 pin socket if it comes to that though.

This is the puppy you want ... 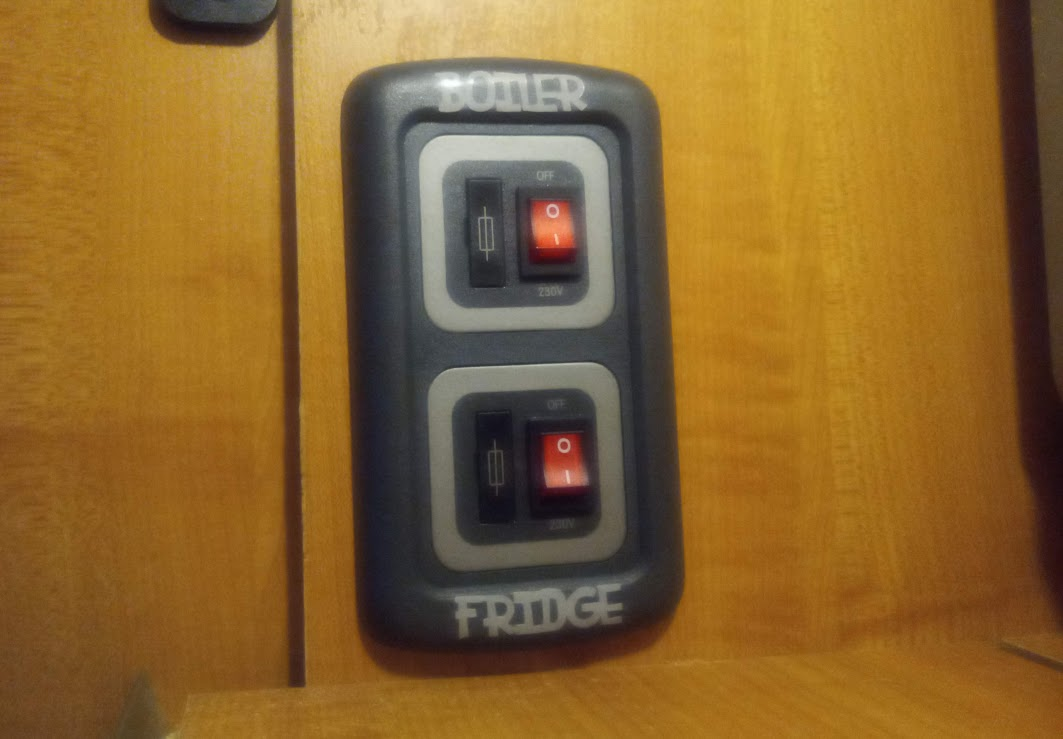 I have two of these fitted - as labelled, one to Fridge and one to Boiler. These are OEM CBE units and fit into the same square frame hole as all the other CBE devices. They are neat units and weirdly (but nicely) the fuse holder actually holds 2 fuses - one active and one spare.

Full Member
Do you sell those Dave?
You must log in or register to reply here.