Full Member
I quite like a minibus as a conversion base (nice and bright). I think either of the following would make a good base vehicle, but which would you choose?

If you did want one of these to convert, how much extra would you pay for the newer vehicle? 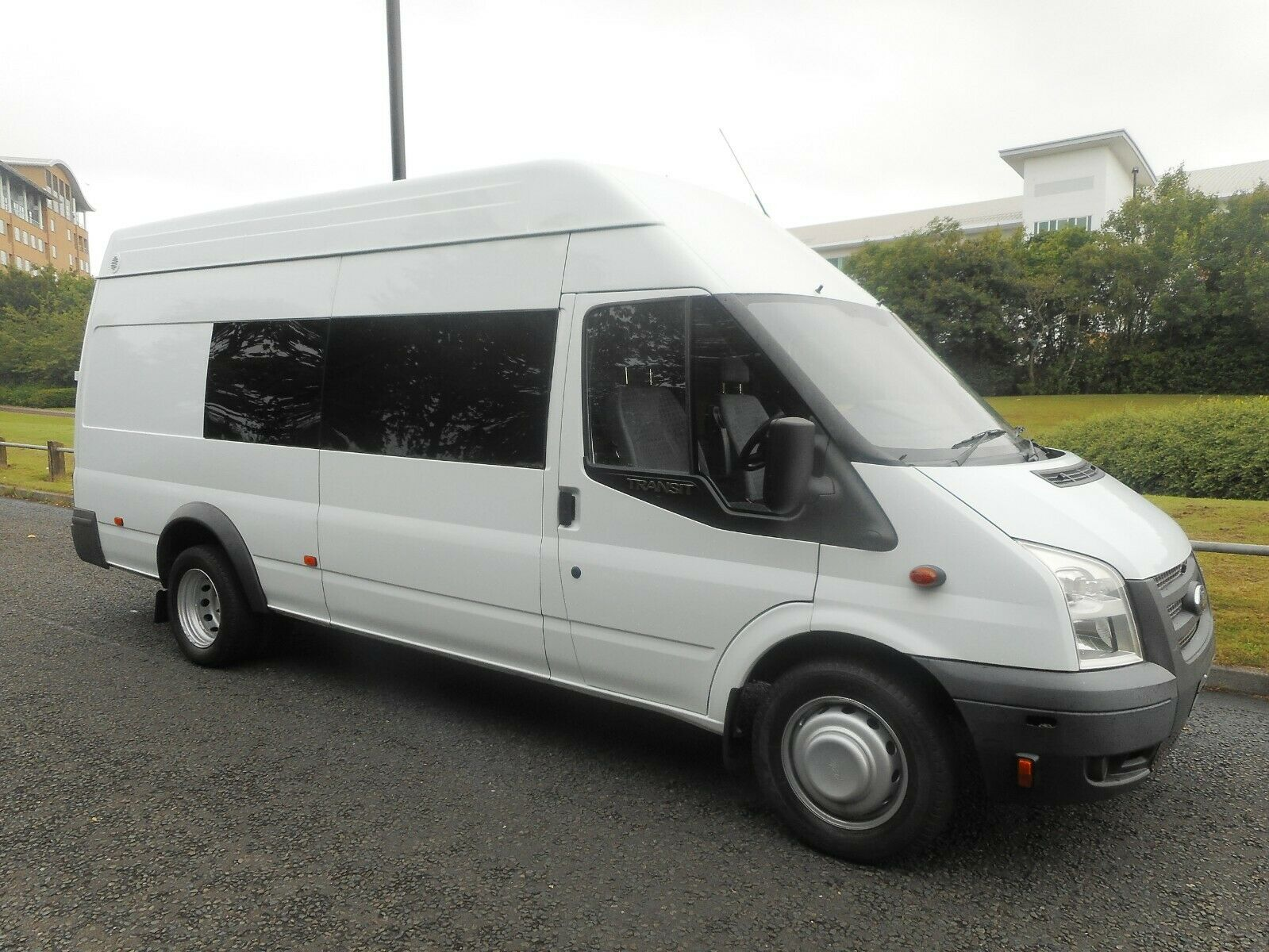 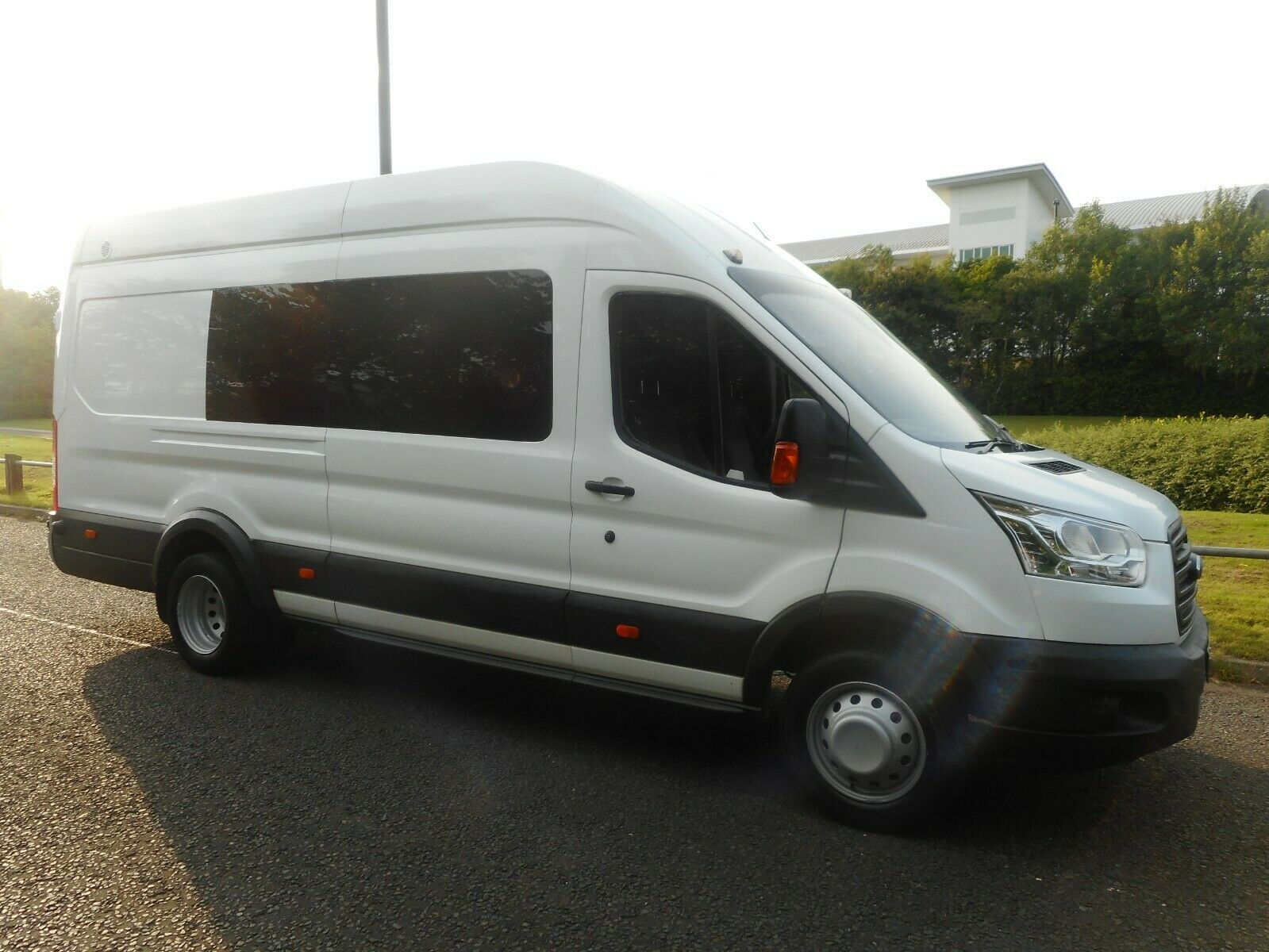 The 2015 Van is the latest Transit - how much extra is that worth I wonder?

Full Member
I just wish the range of newer vans had shorter noses.

Full Member
Personally, I would go for the newer van, but be prepared for the tin warnings soon to come!!! Geoff.

SquirrellCook said:
I just wish the range of newer vans had shorter noses.
Click to expand...

I didn't notice how pronounced the new nose was until I saw these two side by side! What is nice about the two listings is the seller clearly has a set way to do his listings which allows a very easy comparision between the two.


GEOFF said:
Personally, I would go for the newer van, but be prepared for the tin warnings soon to come!!! Geoff.
Click to expand...

This is just window shopping but I reckon I would be happy with either of them if I was doing a conversion (All electrics up front and eberspacher already installed)
Newer one is approx 18 months newer (basing on reg plate) and £4k more (inc VAT). That does make it 40% more expensive mind.
Is a newer model and 18 months younger (but also 17k more miles, remember) worth 40%? I really don't know? I have not driven a new Transit but I understand it is a very good vehicle. I have driven the older one though and enjoyed it and it still looks smart to my eyes.

GEOFF said:
Personally, I would go for the newer van, but be prepared for the tin warnings soon to come!!! Geoff.
Click to expand...

I can't even begin to imagine what you are writing about Geoff as such my lips and typing fingers will stay well away from suggesting anything to do with avid worm infestations!!

But good as the Transit might be in some peoples eyes, I for one would never consider buying one because as far as I am concerned there are far, far better makes and models of vans out there to be bought.

GEOFF said:
Personally, I would go for the newer van, but be prepared for the tin warnings soon to come!!! Geoff.
Click to expand...

Going mad with the wax oil would be the first job if I got one.

Full Member
Very dated product is waxoyl. But the principle is sound, so a full underchassis steam clean and then a professionally applied coating of Dinitrol would be the order of the day.

Full Member
Steam cleaning a vehicle can be a serious mistake, your better off with a cold wash and using a mild detergent.
Maybe Dinitrol products are better, but I tend to stick with what I know. Sometimes it takes a long time to discover the mistakes you've made.
Another fear would be how well a professional would do it. There is a financial imperative to use as little product as possible.
Remember the cavity wall insulation scams.
I could be just paranoid, but I'm not sure.

I know there is this idea of "if you want a job doing well ....." but you can take that to extremes.

Anyway, each to their own (in other words, I disagree with your comments above)

SquirrellCook said:
Going mad with the wax oil would be the first job if I got one.
Click to expand...

From my recent experiences there are now some far better products than Waxoil that have far higher rust protection and access properties.

I always used to use Waxoil during my Land Rover days and it always narked me that you had to keep re-applying it year after year.

These days I have been using products from the UK company Bilt Hamber https://www.bilthamber.com/corrosion-protection-and-rust-treatments/ and was immediately impressed with their Dynax S50 as it flows on so very thinly, gaining access to spot welded joint-lines at the bottom of doors and sills before then setting off. I also used and was very impressed with the Dynax UB & UC (the same excepting that UB is black and UC is clear) and finally I was very impressed with the performance of their Surfex HD cleaner and degreasing solution.

None of them are cheap, but I don't particularly enjoy crawling around underneath a vehicle, so if I am going to do so I like to make certain that the job is done well once and for all.

Full Member
The down side of all of these products is that it takes a long time to see how well they work. We use a dewatering fluid at work to preserve parts we make. Strangle the part has to be dry for it to work well, it leaves a waxy residue on the part. Even after that they are further protected by sealing in a polythene sleeve. A castrol product we use would leave black stains after a couple of years.

It's so much better these days as most vehicle use treated steel in their manufacture. I wonder if they still suffer from internal corrosion due to habitation?

As part of the annual service we do on all our vehicles it does involve crawling around underneath including washing it's underside. Each time I dislike it more.

Interestingly our Plaxton "Betty" was treated with some kind of corrosion protection that's no longer available. The main corrosion problems are in range of a steam cleaner. In it's owners manual it does suggest that you check and retreat any areas exposed by washing. I very much doubt if a coach operator would bother.

Back on topic with the Transit's, does the newer one have the same volume in the back as it looks a little smaller to me?

Full Member
I have one of those older transits, I’d never buy another, outdated, poor handling, naff brakes. If you really must have a transit buy the newer one, far far better vehicle. Better still is a Sevel van - Boxer/ Relay / Ducato- wider and squarer, only can you can fit a 6’ bed widthways

Full Member
I worked most of my life on cars vans,i would keep a transit at the end of a pointy stick,never mind them being nicked for parts,i wonder why,just my point of v.
You must log in or register to reply here.